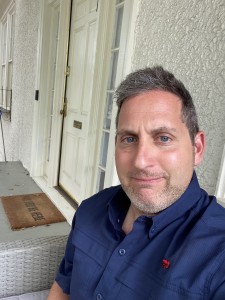 Prior to being in public relations, Meltz was Press Secretary for former Congressman Eliot Engel of New York, who chaired the House Foreign Relations Committee and was a high-ranking member of the Energy and Commerce Committee. Before that, he worked in the offices of Vice President Al Gore, Senator Richard Durbin, Congressman David Phelps, Chicago Mayor Richard J. Daley and the Democratic National Committee.

Meltz started The Opinion Pages in 2022, a non-partisan op-ed page for writers on public affairs and other various subjects. The site seeks to avoid the highly politicized and negative political rhetoric that has — unfortunately — come to dominate most opinion pages in the U.S.

Based in Washington, DC, Meltz splits his time between the nation’s capital and New Orleans.